Industry 4.0 is no longer just theory or a vision of the future. The idea of the digital factory of the future, in which humans and robots work hand in hand together, machines communicate independently with each other and everything is digitally and intelligently connected – the process from product development to production, logistics and finally to the end consumer – is becoming reality. In this context it becomes clear, that with the existing cable-based communication networks, especially in the lowest field level, the increased demands and expectations in terms of flexibility, mobility and expandability can no longer be sufficiently fulfilled.

It is therefore just a logical step to expand IO-Link, already known for great simplification and cost reduction, by a wireless communication solution for the wiring of field devices. IO-Link Wireless is an extension of IO-Link at the physical level and defines wireless communication between sensors/actuators and controllers (PLC) in the industrial automation environment. This relatively new specification was first presented in 2018 at the PROFIBUS & PROFINET International (PI) booth at the Hannover Fair. While performance, functionality and capability are comparable to cable-based solutions, the elimination of cables in particular ensures more flexibility, greater robustness and better scalability.

Areas of application of IO-Link Wireless

The IO-Link wireless technology can be integrated in a wide variety of applications. On the one hand, the aim is to reduce the number of cables used and, on the other hand, to generally avoid cabling, for example in harsh industrial environments or in areas of a plant which are difficult to access:

At 10E-9, the Packet-Error-Probability (PEP) of IO-Link Wireless is comparable to the PEP of wired solutions and thus has a significantly lower probability of error than other wireless protocols such as WiFi, Bluetooth or Zigbee. With IO-Link Wireless, up to 40 intelligent, complex actuators or sensors (so-called Devices) with a maximum latency of 5 ms can be connected to an IO-Link Wireless Master. Three Masters are able to communicate with a maximum number of 120 Devices at the same time in one area. A pairing service is implemented in order to assign the Devices to the appropriate Master. The 2.4 GHz frequency band is used for communication. The simultaneous operation of WLAN systems is also possible, as the technology hides occupied frequency bands. IO-Link Wireless supports "roaming functions" and the possibility of operating battery-powered or "energy harvesting" sensors with low energy consumption in a "real-time network".

Our solutions for IO-Link Wireless 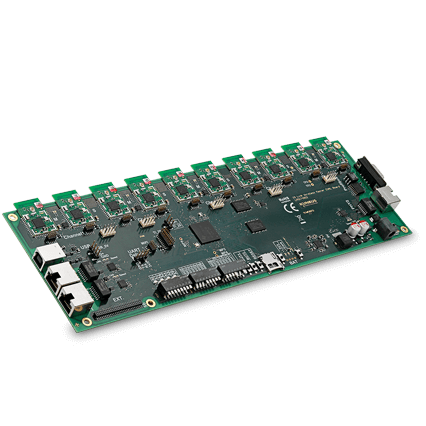 The blueprint for developing your own IO-Link wireless bridge. 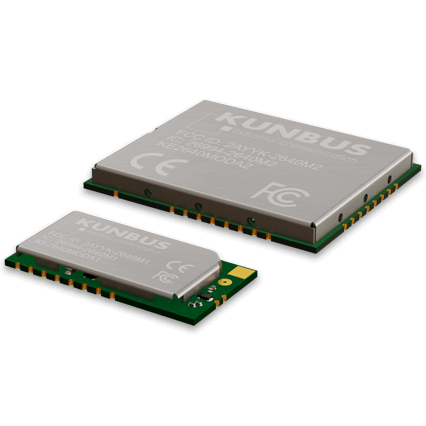 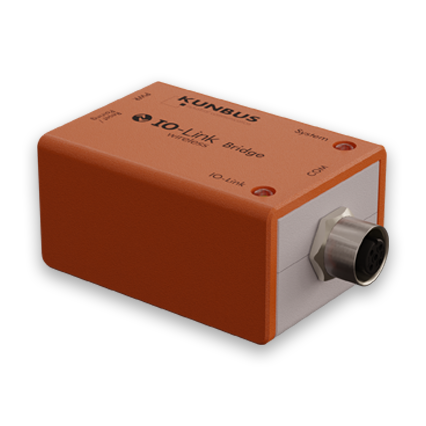